Our present civilization is immersed in a culture proclaiming "freedom", falling into an inebriating hole of "unlimited" choice that is allowing all kinds of moral diversity and material waste, while under the illusion that it is marching into a so-called "marvelous consumer society". Under this pervading atmosphere most people are reluctant to give up any options, thus promoting an unhealthy permissiveness.

The industrial age set in motion a system of production that constantly created new consumer goods, manufacturing methods, markets and technologies, giving way to a wasteful psychology of obsolescence. The famed Economist Joseph Schumpeter calls it a "process of Creative Destruction" and reveals how it "incessantly revolutionizes the economic structure from within, incessantly destroying the old one, incessantly creating a new one".

While globalism was a beautiful dream of a wide and harmonious World, it has been tampered with by the ominous manipulation of a runaway consumerism conducted by international industrial powerhouses. Such huge enterprises are taking charge through a stealth strategy aiming at breaking down local and national trade, political and economic barriers, while creating ever bigger global networks and supranational structures defying regulations in order to impose themselves upon the nations, as can be seen in many global trade rules, monetary unions, or United Nations' protocols and treaties. 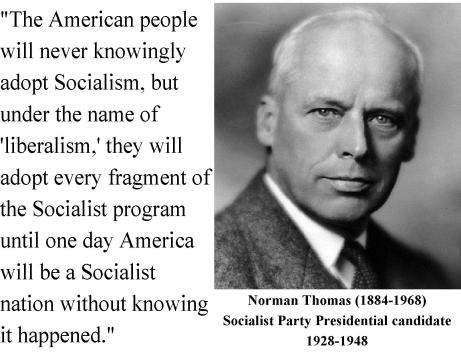 serve with the people's participation to temper frenetic intemperance. While national barriers –still under the control of its citizens– are torn down, they erode the human element that Russell Kirk*  referred to as those norms of courage, duty, honor, courtesy, justice, and charity that owe their existence to our judeochristian ethical structures.

Therefore, we are witnessing how the State, absorbed by dark supranational interests, and resting its power in constantly advancing technology that facilitates its control over its citizens, is effecting massive changes at the expense of that essential human element that protects the individual.

John Horvart II** clearly understood that: "In truth, we are immersed in technology. Especially today with computer technology, it has become an unquestioned part of our lives since all our practical necessities depend upon it. Our purpose [and that of this article too] is not to condemn technology since it exists precisely to serve man (...) What we criticize is the intemperate manner in which modern technology is applied to society and exaggerated climate of great expectations that promises an always brighter and better future".

However, a brighter and better future is not a reality nowadays. In fact, our present civilization is facing mounting problems:

• Local economies depend more and more on the world market, with less and less room for national and state control of the economy, thus giving way to huge supranational monopolies and oligopolies.

• Mighty international concerns (global players) increasingly emancipate themselves from the political control and the social responsibilities of the countries in which they are active.

We should be in favor of international initiatives aiming to promote collaboration and preserve the World peace, such as the United Nations and the European Union. Their existence is not the problem, but how they are manipulated by antidemocratic forces on the one part and by political and economic vested interests on the other. Not to mention the pervading corruption that is seeping in them. Therefore, democratic forces should act to reform and cleanse these institutions before it is too late.

First and above all, we must wake-up from the illusion that "progress" is done in the name of greater freedom. We must unmask the frustrating promises of a material happiness than can never satisfy the spiritual side of our nature. Our materialism, no longer able to live up to its own promises, is already worn out. And we are letting ourselves be crushed by a reality evidenced by the deep exhaustion such as the one that comes from a never-ending party.

* Russell Amos Kirk was a 20th Century American political theorist, moralist, historian, social critic, literary critic, and fiction author. He was one of the founders of National Review in 1955 and Modern Age in 1957. Later he was made a Distinguished Fellow of the Heritage Foundation. In 1989, he was presented with the Presidential Citizens Medal by President Ronald Reagan.

** John Horvat II is a scholar, researcher, educator, internationally recognized speaker, and author. His writings have appeared worldwide and for more than two decades he has been researching and writing about the socio-economic demise of the United States. He lives in Spring Grove, Pennsylvania where he heads the Tradition, Family Property Commission on American Studies.